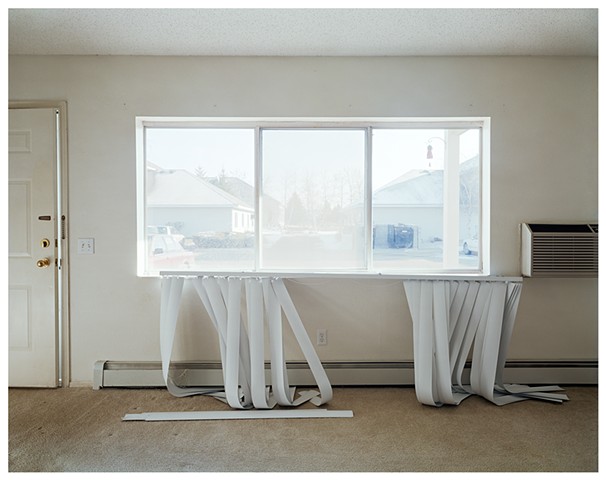 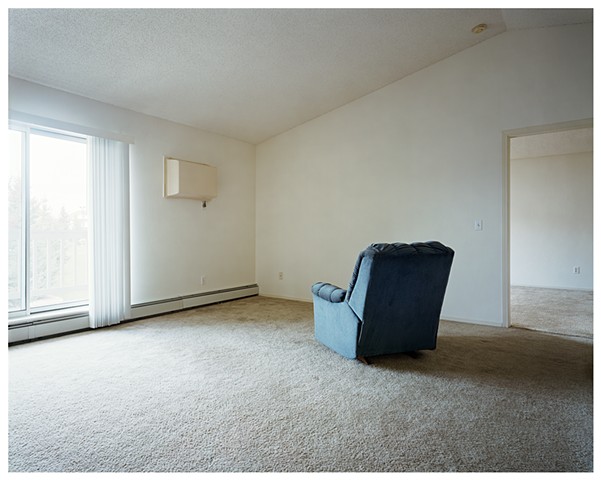 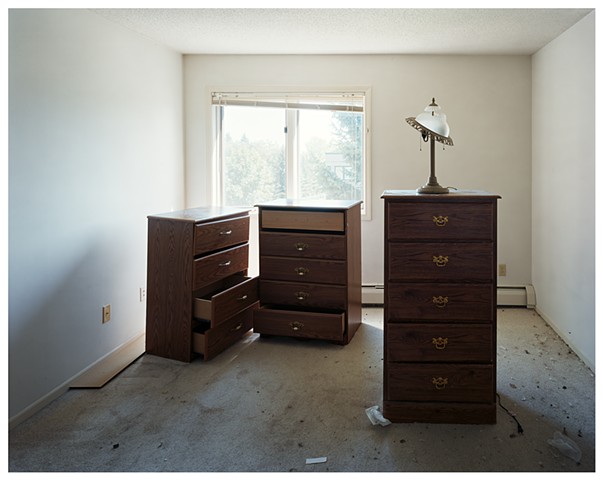 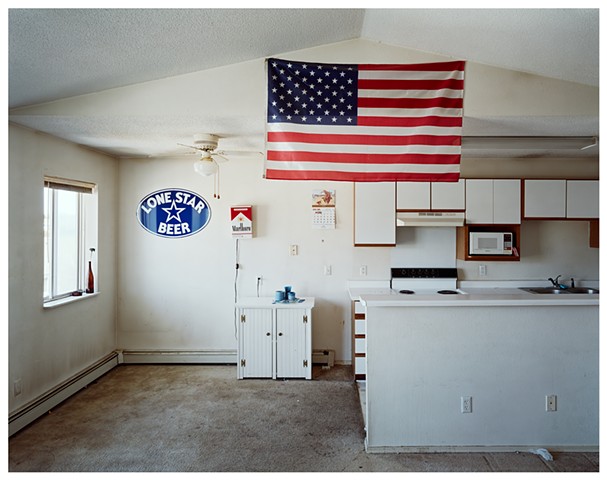 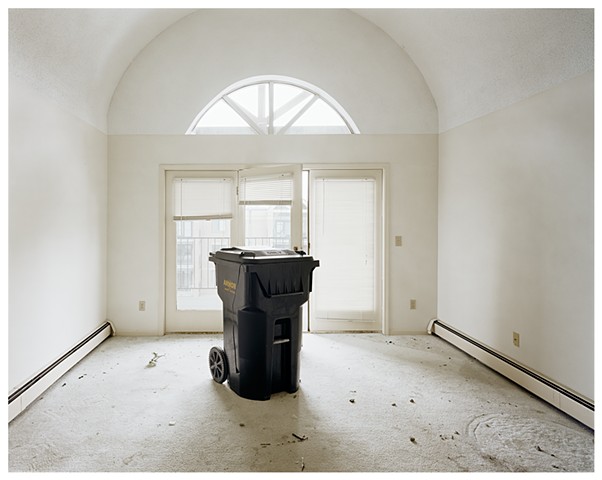 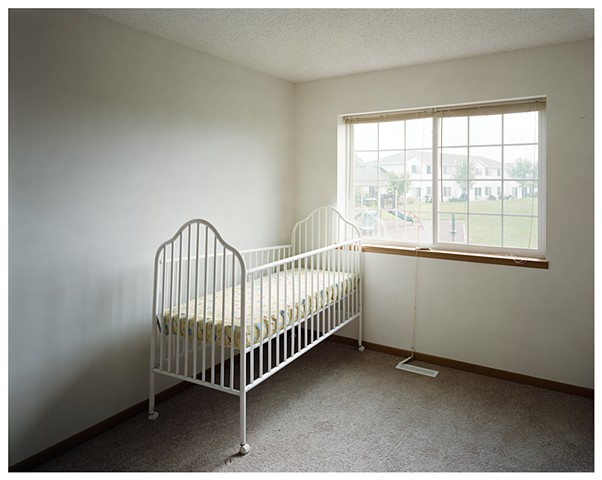 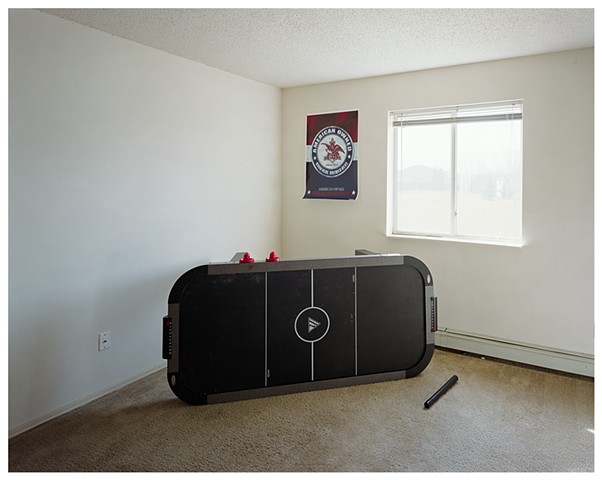 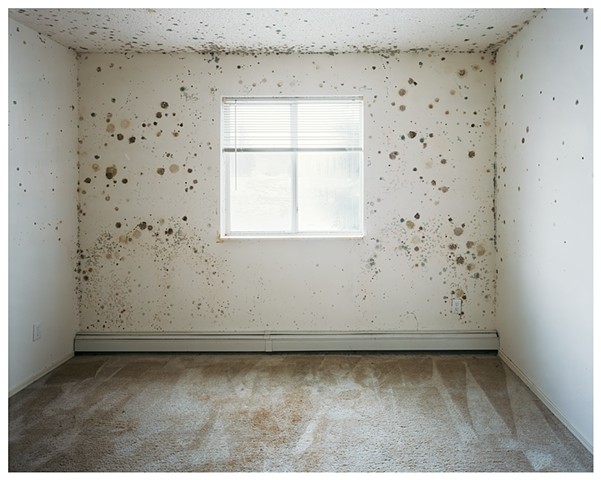 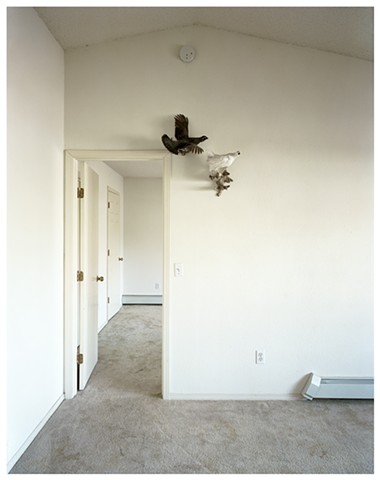 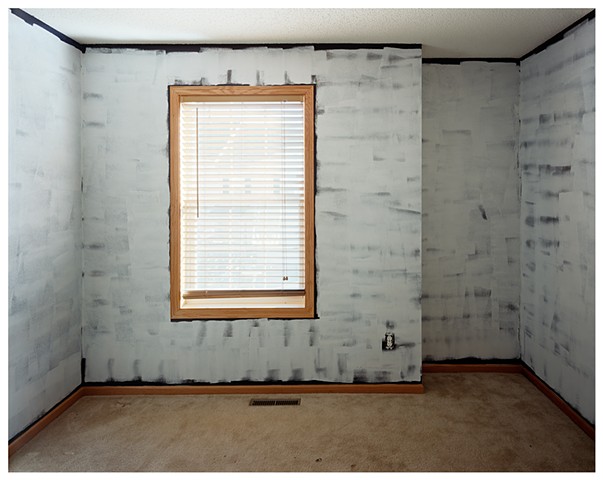 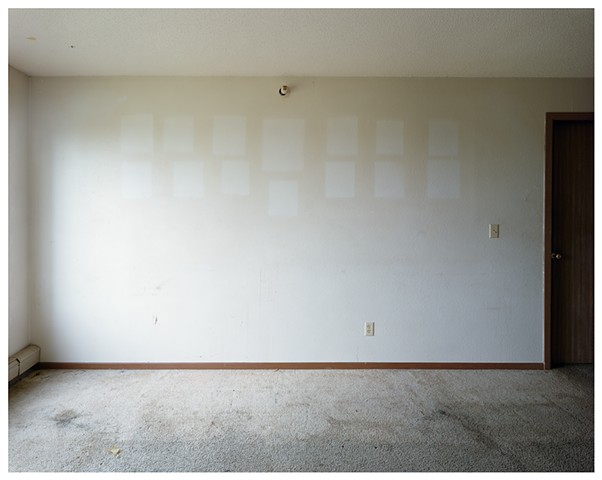 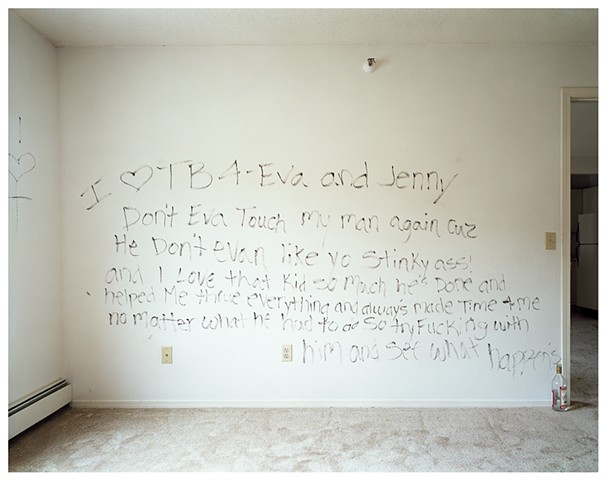 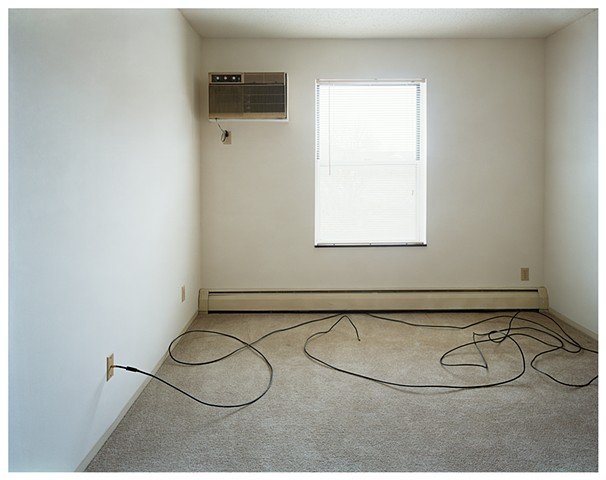 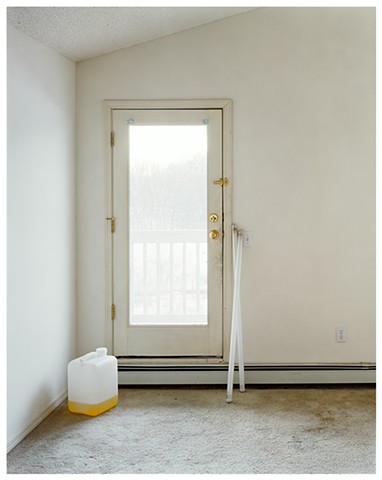 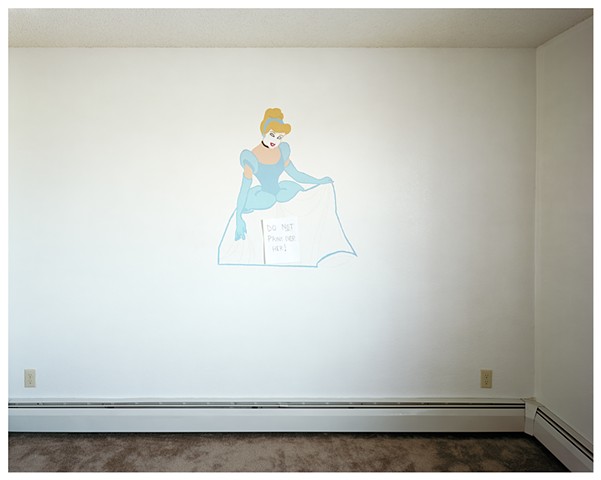 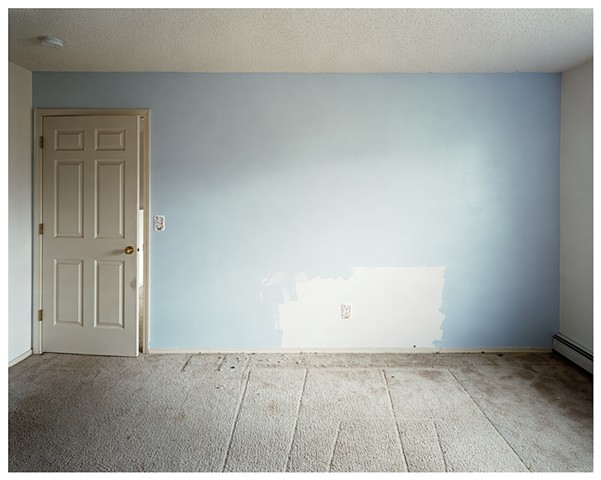 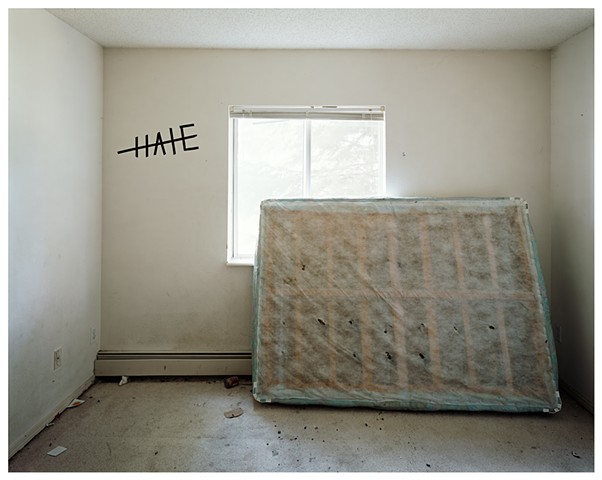 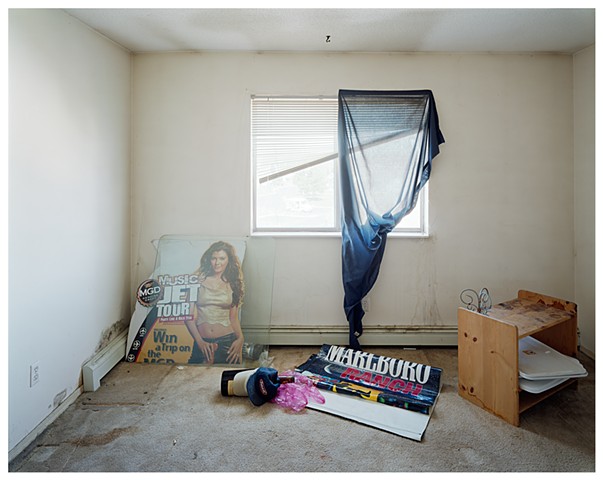 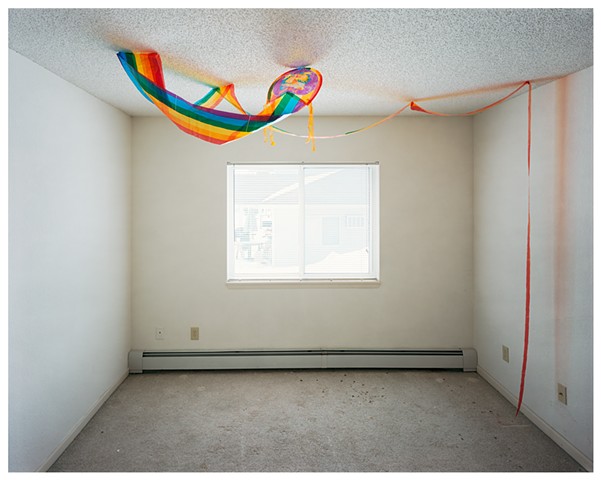 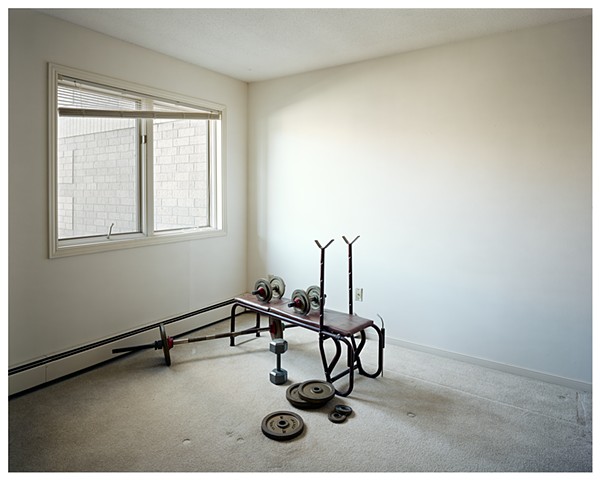 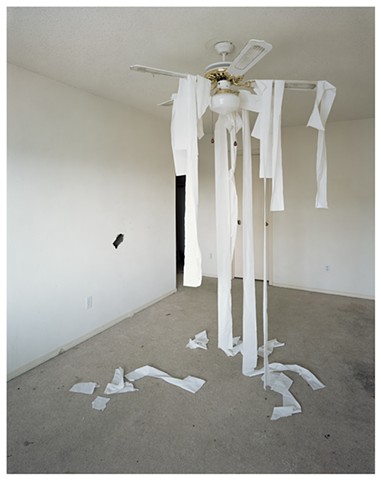 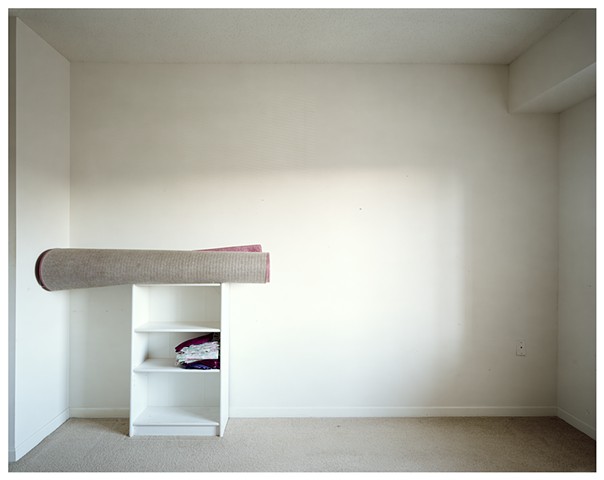 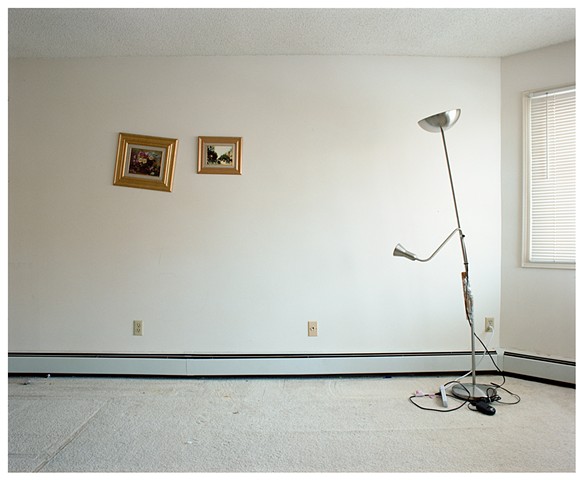 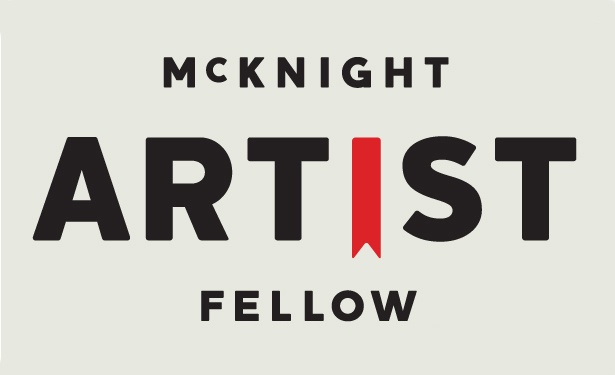 While working as a "turn" painter, painting apartments after previous renters left and before new tenants arrived, I used an 8 x 10 view camera to photograph detritus left behind by former residents. Assuming the dimensions and depth of portraiture, the resulting images reveal partial narratives about people’s lives. Rooms have become containers for evidence: each mark on the wall, imprint on the carpet, and abandoned object offers a glimpse into private lives of previous residents. These “in between moments,” present evidentiary facts that insinuate a past never made explicit while claiming individuality in the midst of overwhelming architectural conformity and banality.